Whenever I see a beet, I am reminded of my college Russian professor, Dr. Mikaleva. She was the sweetest lady ever, and one semester she invited our class over to her house for borscht, which is why beets remind me of her, I guess. And now I’m thinking of Russian, and how much I loved learning the language. Writing in cyrillic always made me feel like I was writing in secret code…which, to someone who doesn’t read cyrillic, might sort of look like secret code. 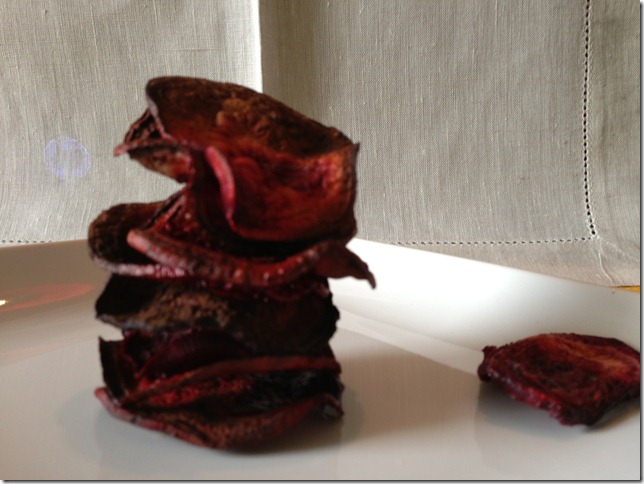 Buying a six pack of beets at the grocery store last week was, as usual, one of those impulse buys where I had no real idea how I was going to use said item. I considered just roasting them, but that seemed boring. Then I considered making beet salad, but I didn’t want to have a bowl of beet salad in my fridge for days, so I nixed that idea.

So I did a quick google search for beet recipes, and found the easiest recipe in the world. Oven baked beet chips. Really, I don’t think it can even be considered a recipe, because it used exactly three ingredients: 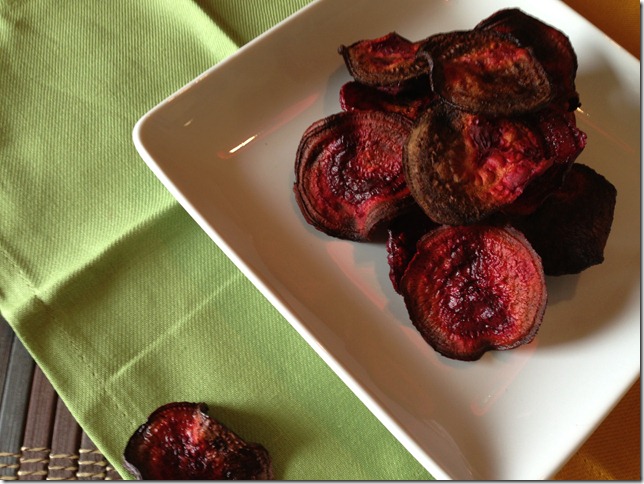 So anyway, all you do for this recipe is peel and slice your beets, sprinkle them with olive oil and sea salt, and then bake them in the oven until crispy. Piece of cake, right? 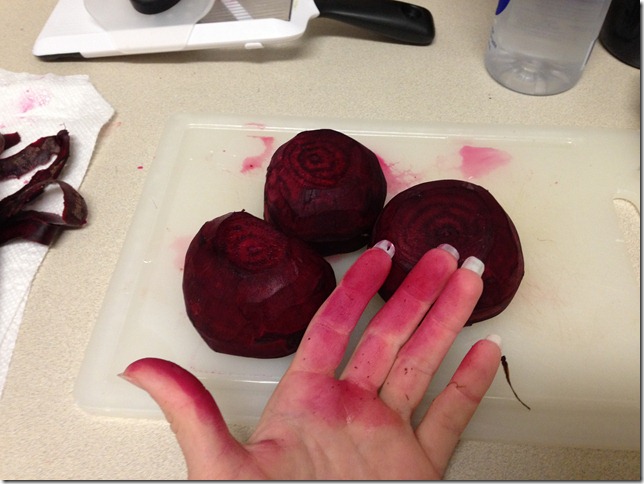 Peeling the beets took about three minutes. But you see my fingers? See how they are that beautiful neon pink beet color? Remember that color. Particularly the next time you go to the bathroom. And then remind yourself that YOU ARE NOT DYING. Because if the beets can turn your fingers that deep dark shade of pink after three minutes of peeling? Just think of what it’s doing to your insides.

That whole not dying comment above? I may or may not be speaking from experience. Just sayin’. 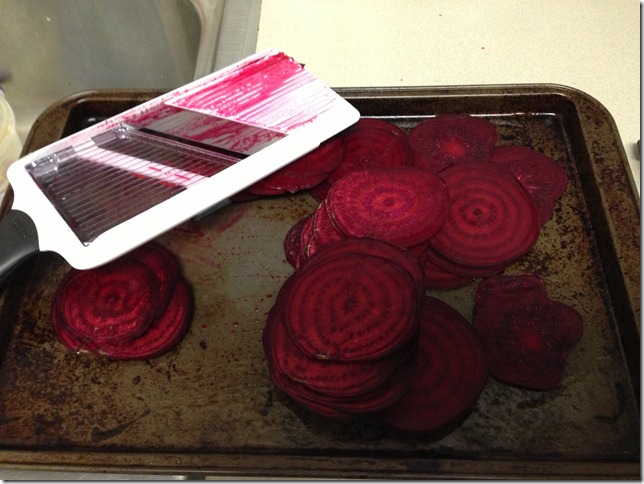 The hardest part about this whole thing is slicing the beets without slicing your hand off with the mandolin. The Man might kill me for saying this, but he actually cut himself twice in the same day with that thing. Actually, it may have been twice within the same ten minutes.

So be careful, OK? Nobody needs to be going to the ER. 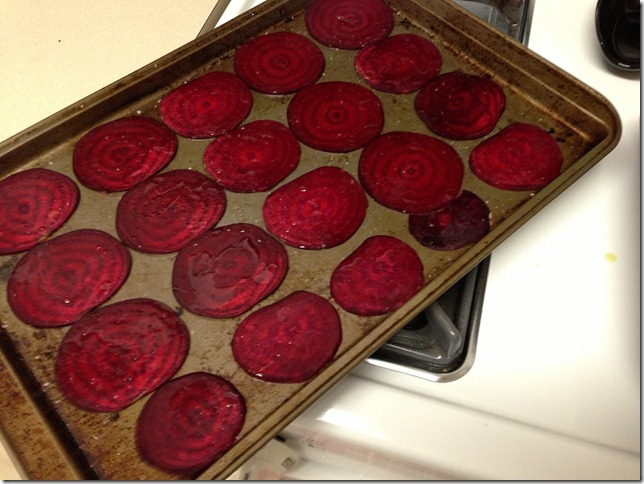 It really is a beautiful color, isn’t it? Not only that, but beets are a veritable treasure trove of nutrients and antioxidants, including calcium, iron, potassium and vitamin C, and they are full of beta-carotene and folic acid. And they are ridiculously low in calories to boot. Yay for the beautiful beet!

I baked my beets in a 400 degree oven for about 25 minutes, flipping the beets halfway through. Some of them didn’t get as crispy as I would have liked, possibly because I used too much olive oil. Still, they were surprisingly addicting. I actually didn’t expect to like them as much as I did. I also may have finished off the entire batch before dinner. 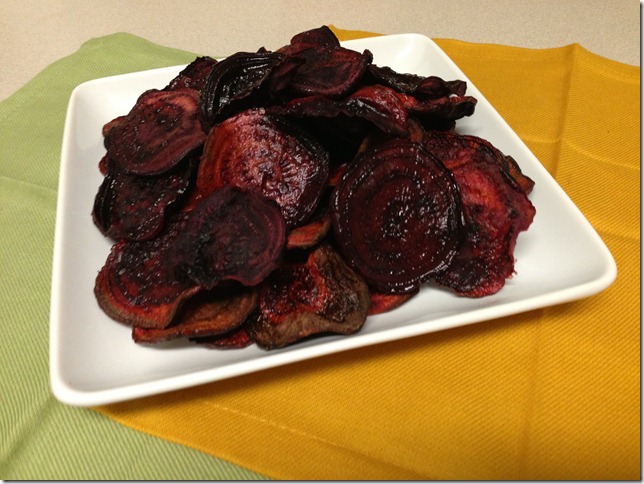 These may be my new favorite snack, no joke.