Ok so I have a confession. I did not read the book for July. Deeper confession: I didn’t even buy the book for July. It’s not because I didn’t want to, it’s because I couldn’t find it in any bookstores and I wouldn’t allow myself to get it on Amazon because ultimately what happens when I get on Amazon is I suffer from temporary insanity and end up spending hundreds of dollars on books and clothes and workout DVDs and kitchen supplies and a whole other mess of stuff I didn’t need and can’t afford.

This has happened on more than one occasion. So, yeah, I wasn’t going to allow myself the Amazon Temptation.

The book for July was supposed to be “America the Beautiful”, by Ben Carson. From google books: “What is America becoming? Or, more importantly, what can she be if we reclaim a vision for the things that made her great in the first place? In the Zondervan ebook, America the Beautiful, Dr. Ben Carson helps us learn from our past in order to chart a better course for our future.”

It sounds like it might be something…interesting, although when I read non-fiction I tend to lean towards travel memoirs or humor. I want to like non-fiction, but I don’t really have the attention span.

But anyway. In lieu of writing a review on a book I didn’t read, I thought I’d share with you some other books I’ve read this month instead! 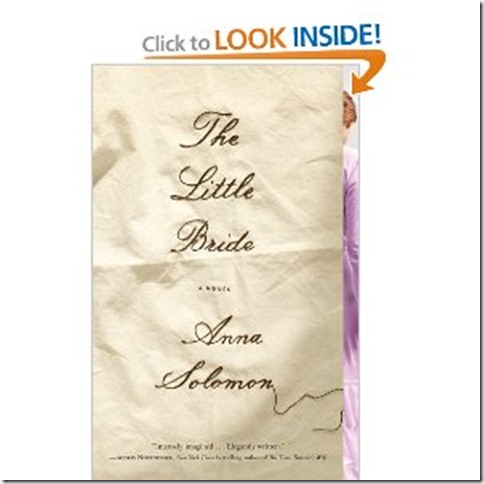 The Little Bride, by Anna Solomon. This book is about Minna, a sixteen year old Russian mail order bride who travels to South Dakota to live with her new husband and two step-sons, one of whom is only a few years older than her. As she adjusts to a life far from what she expected, she finds herself becoming attracted to her older stepson. Although I found the book to be pretty slow in spots, it was an interesting read, and it’s based on the real history of the Jewish settlement of the Great Plains which I found fascinating. 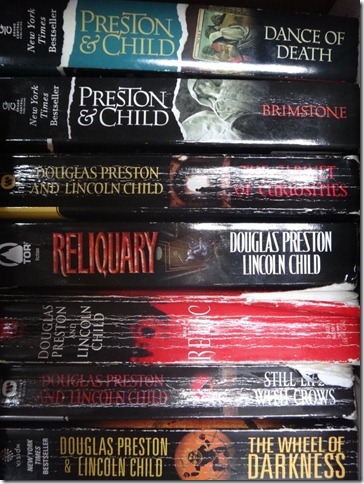 The Pendergast Novels, namely Brimstone, Dance of Death and Book of the Dead, by Douglas Preston and Lincoln Child. This trilogy is part of a series which follows a very unconventional FBI Agent named Aloysius Pendergast. This particularly trilogy deals primarily with Pendergast and his brother Diogenes who is, in a word, a psychopath. They are fast paced, creepy thrillers that sometimes make it hard for me to sleep at night, yet I can’t put them down.

Heaven’s Wager, by Ted Dekker. First off let me start by saying that I love Ted Dekker. LOVE. His books always have this completely unexpected twist that shakes me to my core, seriously. I own them all, have read them all multiple times, and I think I love them more each time I read them. According to Robert Liparulo (taken from the back of this book), “”Rarely does a novel grip a reader’s heart the way Heaven’s Wager does. Dekker is among a very small number of writers who have mastered the challenge of blending sound theology with knock-your-socks-off-storytelling.” Yeah, that pretty much sums it up.

So, that’s just a taste of what I’ve been reading lately! Next up for the Blogger Book club is START, by John Acuff, and I promise this one I’ll read and review for August! Stay tuned!