Or, as I was originally going to call it, “The Day My Pumpkin Muffins Turned Into Pumpkin Bread”. 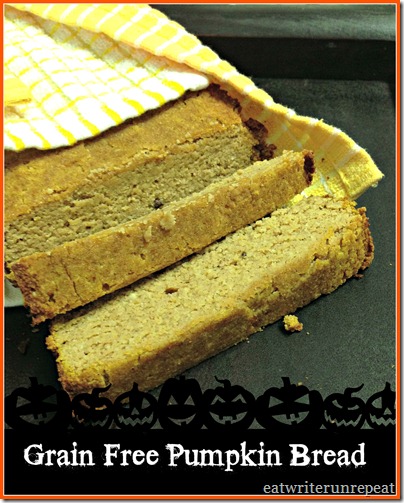 I say that because originally I wanted to make pumpkin muffins using my recipe for grain free banana pecan muffins, but I didn’t want to post the same recipe with the only difference being pumpkin instead of banana. So instead I improvised the banana muffin recipe and just sort of threw stuff into a bowl hoping for the best. I think it would have worked…if I hadn’t forgotten to melt the coconut oil, which turned the consistency of my mix from “thin and perfect for muffins” to “thick and maybe not right for anything”.

Another idea I had was to try to turn it into pumpkin cake, but because I wanted a mix that wasn’t super sweet, I didn’t think a cake would turn out. So I dumped the entire thing into a loaf pan and sent up a quick prayer that this would at least turn out to be edible. 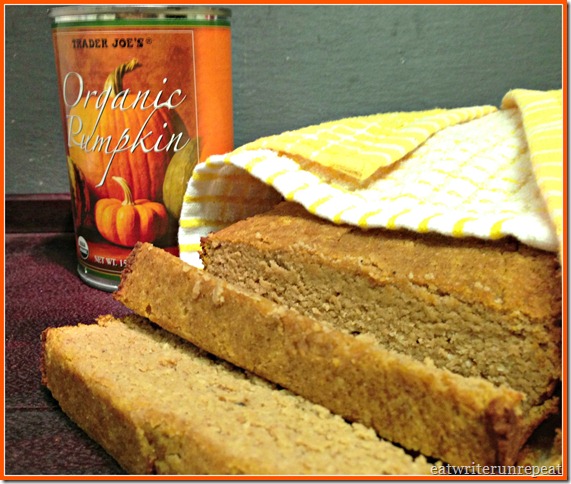 And edible it was! The bread turned out to be the perfect consistency – as you can see in the pictures, the slices held up extremely well – not too dry or crumbly as can often be the case when using almond flour as a base for baked goods. And because I purposely kept it on the savory side (my only sweeteners were a half cup of homemade applesauce and a half teaspoon of pumpkin pie spice), this bread was the perfect accompaniment for a steaming bowl of hearty chili, which Kevin made for dinner one night last week. I also ate plain slices of it slathered with some partially melted kerrygold butter, which was equally delicious, but the hint of pumpkin and spice mixed with the heat of the chili was a combination that can’t be beat. 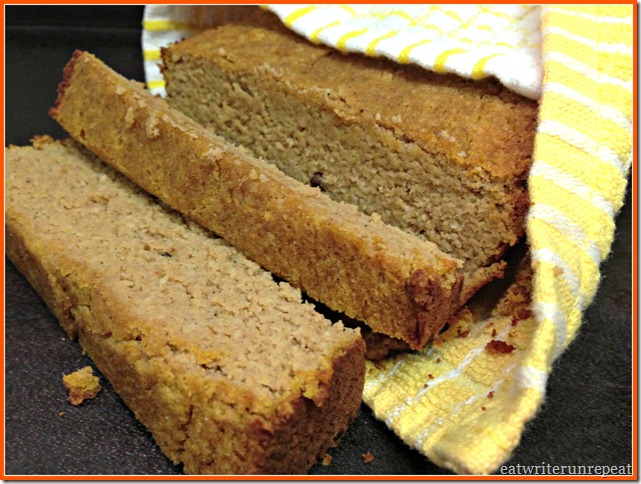 Preheat oven to 350 degrees. Grease the inside of a loaf pan with melted coconut oil – bottom and sides. In a bowl, mix all ingredients and stir to combine until a thick mixture forms. Pour into the loaf pan and bake for 40 minutes or until a toothpick comes out clean. 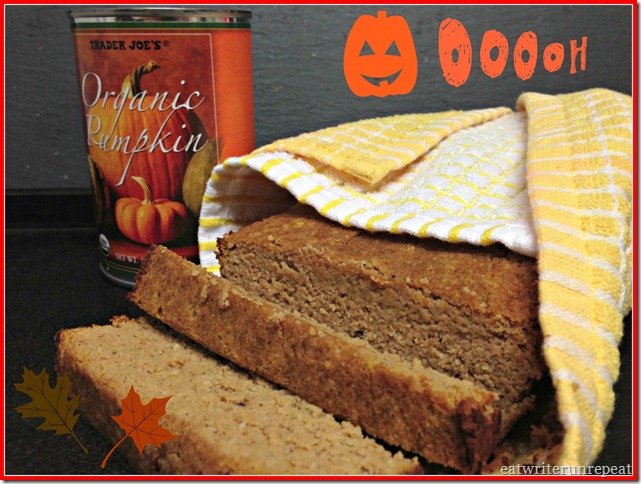 Can you tell I found the Halloween themes on PicMonkey?